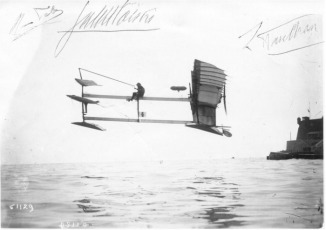 Get in quick guys. Life's a race with an invisible deadline closing in on you. The seaplane pioneers below though will live forever, for there can only be ever one who is first to do something with his seaplane. What will your and seaplane be the first to do?

"Every time history repeats itself, the price goes up. I have heard it said that the first ingredient of success the earliest spark in the dreaming youth - is this: dream a great dream." 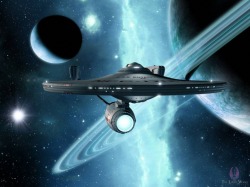 "Space: the final frontier. These are the voyages of the Starship Enterprise. Its five-year mission: to explore strange new worlds, to seek out new life and new civilizations — to boldly go where no man has gone before."

(Eugene Wesley Roddenberry), 1921–91, American television writer and producer, b. El Paso, Tex. After being awarded the Distinguished Flying Cross and the Air Medal for flying 89 missions and sorties in World War II, Roddenberry worked as a pilot and police officer. He joined the television industry as a scriptwriter, eventually becoming head writer for the series Have Gun, Will Travel. In 1966 he created Star Trek, which became a cultural icon. The show spawned several feature films and further television series.becoming a writer for television series such as Dragnet and Dr. Kildare. He created the idea for the Star Trek series and produced the show from 1966 until it ended in 1969; later rerun in syndication, it developed a durable cult following among fans known as "Trekkies." He produced six Star Trek movies, and from 1987 to 1991 he produced the television series Star Trek: The Next Generation.

In Capt. Archer's cabin, there is a photo on the wall of a Pan American World Airways Boeing Clipper. Gene Roddenberry was, at one time a pilot for Pan Am.

Today, the franchise first conceived by Gene Roddenberry four decades ago has spawned six television series, 10 theatrical movies, hundreds of books and magazines, and innumerable Internet fan sites. The six series comprise a total of 726 episodes across twenty-two different television seasons (twenty-nine, if one separately counts seasons running concurrently). This makes Star Trek the longest running sci-fi series in television history with an astounding 22 days, 16 hours and 56 minutes of canon footage. (You can add 8 hours and 4 minutes to that with the "semi-canon" Animated Series)


Clipper Eclipse 06/19/1947 Lockheed 049 Constellation(NC88845)
Location: Al Mayadin, Syria
Aboard 36 / Fatal 14
While on a flight originating in New York and making its inaugural westbound flight of round-the-world service, the aircraft's No. 1 engine failed half-way on a leg from Karachi to Istanbul. Due to closed airports and inadequate repair facilities, the pilot chose to continue to its destination. Several hours later, the remaining engines overheated and the No.2 engine caught fire causing the plane to crash. Gene Roddenberry (creator of Star Trek) was a deadheading Pan Am pilot aboard who helped rescue many of the passengers. The crash was blamed on Pan Am's failure to replace the No. 2 engine which had experienced several problems earlier.

Roddenberry joined the U.S. Army Air Corps in 1941 and became an aviator. He flew many combat B-17 Flying Fortress missions in the Pacific Theatre with the 394th Bomb Squadron (H), 5th Bomb Group, whose members called themselves the "Bomber Barons." Roddenberry was awarded the Distinguished Flying Cross and the Air Medal. After leaving the service, he was a commercial pilot for Pan American World Airways. He received a Civil Aeronautics commendation for his efforts following a June 1947 crash in the Syrian desert, while on a flight to Istanbul from Karachi.